The University of Sarajevo promoted 5088 graduates and masters!

The University of Sarajevo donated to Bosnia and Herzegovina a small town of 5088 educated people! 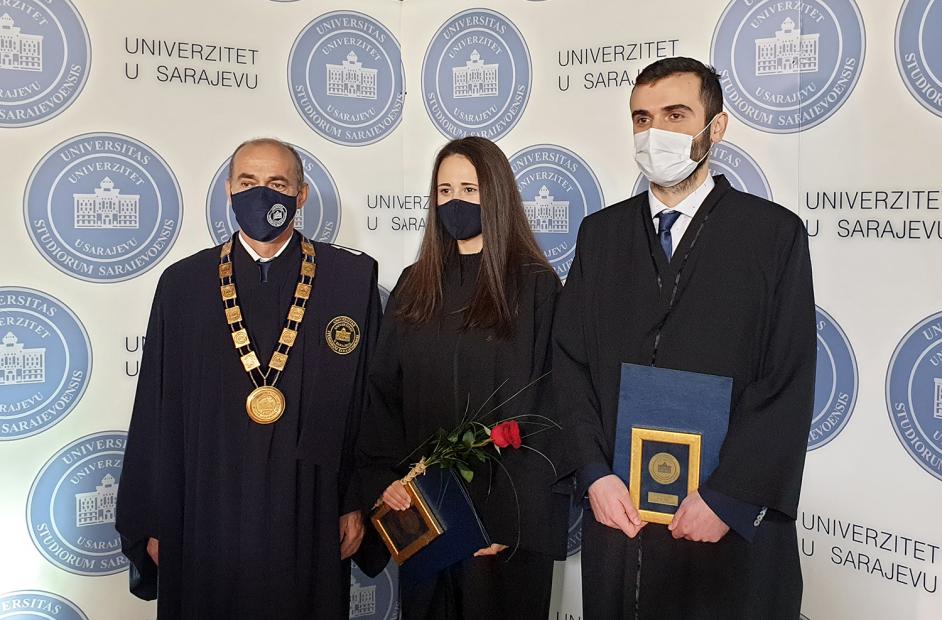 Prof. Dr. Rifat Škrijelj, University of Sarajevo Rector pointed out that the 16th promotion ceremony is being held in a modified form with the application of special precautions due to coronavirus.

“Today, we promote 5088 graduates and masters at the oldest and largest university in Bosnia and Herzegovina. The University of Sarajevo founded on 2 December 1949, in its 71-year existence has been and remains a generator of development and progress of the whole of Bosnia and Herzegovina” said Rector Škrijelj, adding that in the coming time expectations and demands from society according to universities they are getting bigger. “That is why our basic mission and vision is to put the young man in the focus of knowledge and research, so that he can respond to all the challenges of tomorrow. In addition to the commitment to the production of modern and dynamic study programs, the University of Sarajevo, as a university with its own tradition that has preserved its multiethnicity and multiculturalism, has for decades inherited respect for the other and different, leading students and professors to feel their university as a place of one's own growth” stated the rector Škrijelj.

The challenges at the end of the second decade of the 21st century were enormous for all of humanity. Once again, it has been shown that science and knowledge, as well as scientific research work, are crucial in the creation and survival of life and the values of civilization that we inherit. “Therefore, we are always happy to promote a new generation of University of Sarajevo graduates that inspires hope and is expected to achieve valuable achievements that will benefit us all and that will make Bosnian society a better place to live for all of us” said Rector Škrijelj.

In congratulating BA and MA graduates on behalf of the academic community, Rector Škrijelj told them: “Be free people and do not let anyone deprive you of the right to choose your position and the right to choose your own path, because - studying at the University of Sarajevo - you have acquired knowledge which will not only change the reality of all of us but also build a better and more beautiful future. The future is always difficult to predict; it is the fruit of necessity, chance, destiny and will. That is why it depends to a certain extent on you, what you want from it and what you will do with it. The task of every new generation, including yours, is to bring about changes in society through their knowledge and actions, which will be generators of progress and prosperity. You are the ones who, with your knowledge and competencies, are called to change your environment as witnesses and participants who want not only to live but also to know what they live for.” 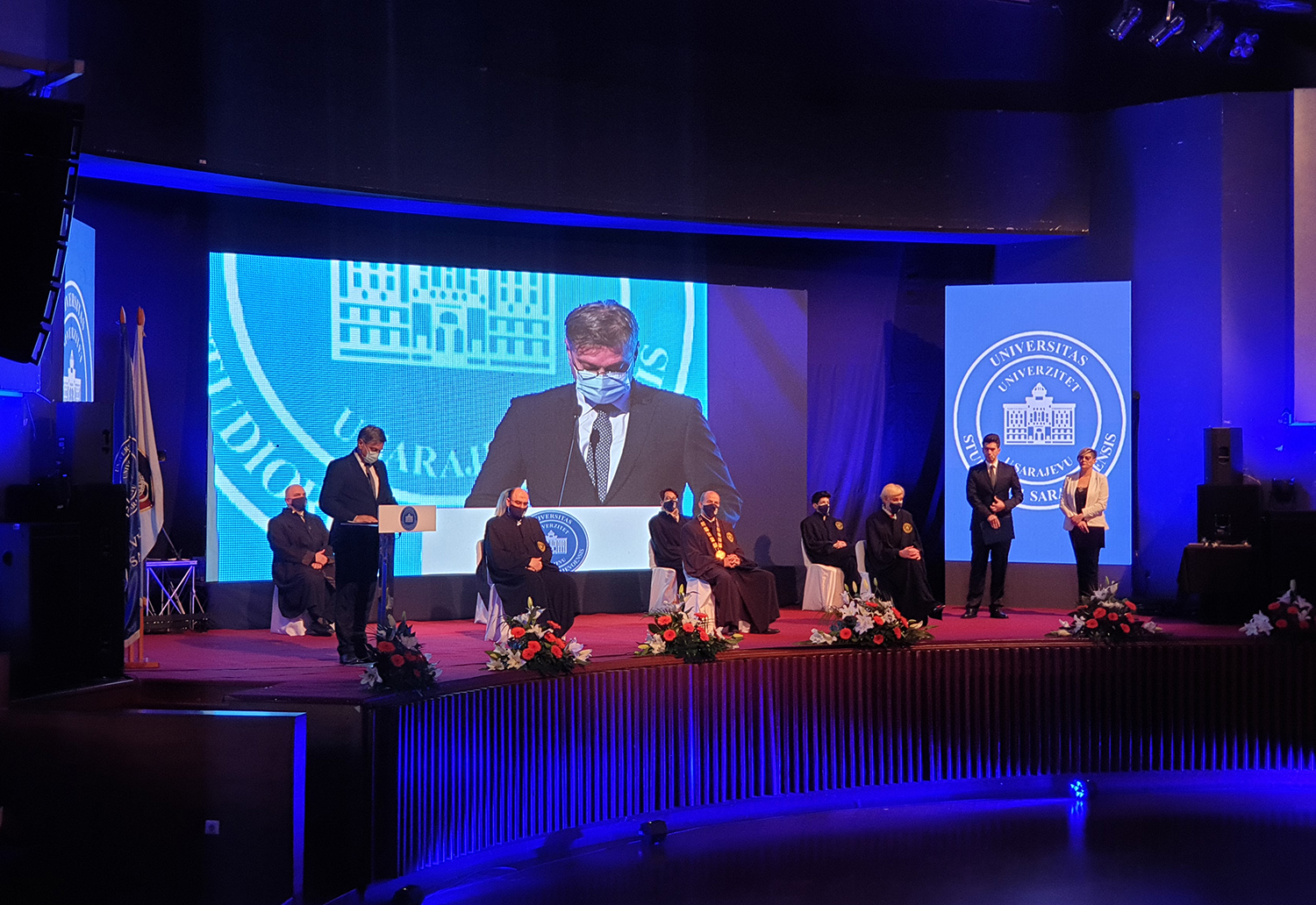 Congratulations to the University of Sarajevo BA and MA graduates were also sent by Dr. Denis Zvizdić, BH Parliamentary Assembly House of Representatives First Deputy Speaker, stating that today's event is a kind of holiday of youth, education, knowledge and future.

“Apart from providing the necessary theoretical and practical knowledge and skills, one of the key roles of the university is to encourage a critical spirit in thinking, to build a creative attitude towards social trends and processes, self-responsibility towards work and the role of academic citizen in society. value and progressive - driving force builds freedom of thought and spirit as an expression of critical consciousness and human conscience, and which through reasoned dialogue and the necessary re-examination of established stereotypes leads to the affirmation of human values, progress and innovation and general well-being of society” said Dr. Denis Zvizdić, and stated that in a time of far-reaching and global changes, whose dynamics, regardless of all political, economic, social and current pandemic problems we face, BiH as a state, we as a society - and the academic community and universities, especially UNSA as the largest and most prestigious university in BiH, they must continue their mission of creating a knowledge society in which research potential and innovation will become the backbone of accelerated development.

Emphasizing that such manifestations make us proud and represent the most beautiful moments for all who love Bosnia and Herzegovina and want to build it as a modern, prosperous and European state, Denis Zvizdić told graduates and masters: “Believe in your ideals, create an environment that suits you, realize your ideas, create success that will fulfill you and make you a useful part of the community and family. Don't give up on your dreams and your principles, and if possible, tie your professional and personal perspectives to BiH's European future.” 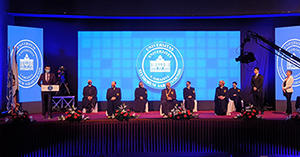 The university, as a higher education institution, shapes you and makes you an army of people who will develop our country, our society, our economy, our technology, our diplomacy, justice and what we are all here for, and without which we would not have a developed society education exactly”, stated Minister Krivić, and told graduates: “First of all, stay here and improve our country. Use the great skills you have acquired to help others. Oppose the system that currently exists. Be leaders! Improve the skills you have acquired at the University. Work together and learn all your life. Don’t forget all those who helped you be here today. Now that you are becoming academic citizens of our society, don't forget to be good people first and foremost!”
Minister Krivić sent a special message and congratulations to Tarik, Adis and Demir, the most successful students in 2020: “I want you to promise us that you will wear the flag of Bosnia and Herzegovina as a cloak worn by a superhero and make it proud by developing our society. We need people like you now more than ever. I know you won't let us down.”

On behalf of the special award winners, Demir Papić addressed the audience, emphasizing that today is a special day for the University of Sarajevo, for education, for the social community and parents of graduates and masters.

“A great generation of young people is coming out who are ending one period of their lives and moving on to another, where they will use their knowledge for the benefit of the state and continue to improve and pass on knowledge to future generations. The story of my generation is emerging, and has yet to be told, and the backbone of the story is based on knowledge, courage, high ethical and professional standards” said Demir Papić, adding “We are graduates and masters, who have acquired knowledge at We will proudly step forward to the faculties of the University of Sarajevo tomorrow, and join the academic community in creating a better standard of living in our homeland, where it is most needed at the moment.” He also pointed out that the successes of BA and MA graduates are the best recommendation to young people that every effort and work is always valued. “Education is the foundation of a society and only with quality education can we achieve progress and a better life. I am sure that we will get the opportunity to show how much we can and what we know, to build our future in Bosnia and Herzegovina” stated Demir Papić. 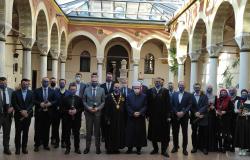 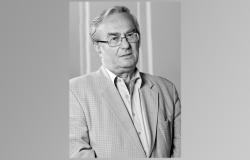 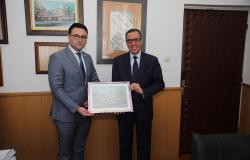 Ambassador of the Arab Republic of Egypt visited the Faculty of Philosophy, University of Sarajevo 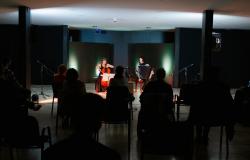 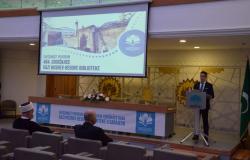