The University of Sarajevo promoted 4868 BA and MA graduates!

The University of Sarajevo donated to Bosnia and Herzegovina a small town of 4868 educated people! 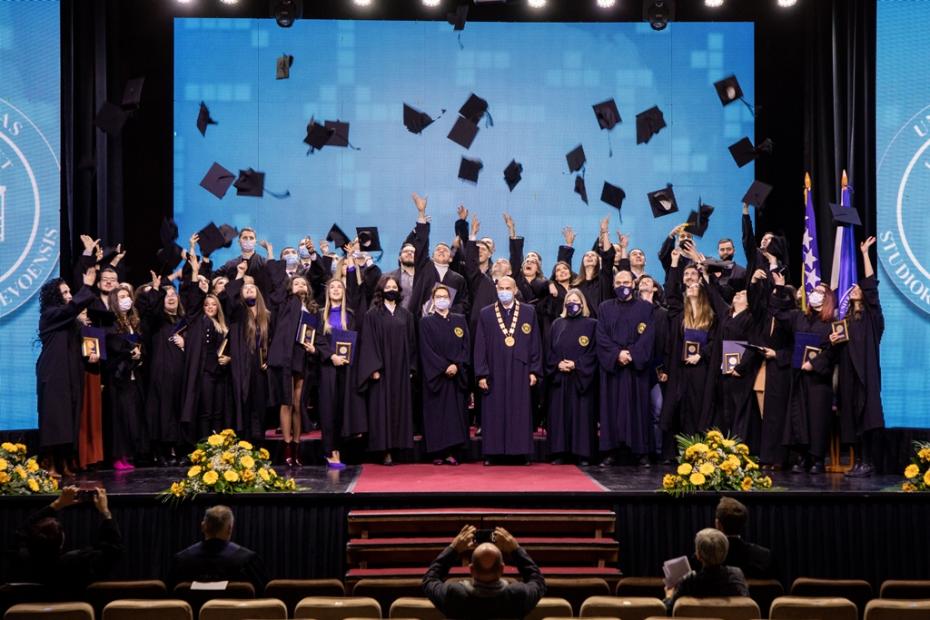 Prof. Dr. Rifat Škrijelj, Rector, reminded that the University of Sarajevo, founded on 2 December 1949, in its 72 years was and remains a generator of development and progress of the whole of Bosnia and Herzegovina. “According to the principle of spiritual gravity, the University of Sarajevo gathers all the main potentials in the field of science, spirituality and art and represents a strong support to the entire economic and educational system in our country,” said Rector Škrijelj. Emphasizing that the challenges at the end of the second decade of the 21st century were enormous for all mankind, Rector Škrijelj pointed out that science and knowledge, as well as scientific research, have once again proved crucial in creating and surviving the life and civilization values ​​we inherit. “In the coming time of expectations and uncertainty, it will be even more important because only with knowledge can we solve the problems that will lie ahead. That is why the basic mission and vision of the University of Sarajevo is to put the young man in the focus of knowledge and research, so that he can respond to all the challenges of tomorrow,” said Rector Škrijelj.

Congratulating the BA and MA graduates and on behalf of the academic community, Rector Škrijelj told them: “You are the fabric of the social life of this country, so love your country and stay in it, no matter what, because being homeless is like being homeless. those who do not have that privilege know that best. Education has always been the golden key to freedom, so be free people with the right of attitude and choice, because that is the only way you can create and shape your world. By obtaining a degree from the University of Sarajevo, you are the ones on whom the future of all of us will depend. You are the ones who, with your knowledge and competencies, are called to change your environment as witnesses and participants who want not only to live but also to know what they live for. To keep up with the times, it will not be enough for you to just produce new ideas and products, you will have to change yourself over and over again. Because as the pace of change accelerates, so will your responsibility and your competencies.”

Chairman Zvizdić congratulated the graduates and masters on the successfully completed education and, as he said, on the successful completion of one of the most important stages in their lives. “Now you are entering another period of your life that is equally challenging, inventive, but also responsible, and your decisions will be extremely important not only for you and your future families, but also for our state of Bosnia and Herzegovina. That is why I would like you to tie your family and professional intentions to our homeland Bosnia and Herzegovina, to stay in Bosnia and Herzegovina. But no matter where you are, stay connected to your homeland Bosnia and Herzegovina. Emphasizing that without young people as a key potential of BiH, we cannot think about the further perspective and prosperity of our society, about the harmonization of our development with regional, European and world development, Dr. Zvizdić told the graduates and masters that it is very important to incorporate knowledge and skills into future companies and jobs, ie those social communities in which they will work. “Bosnia and Herzegovina will have a great future. I hope that you will be a part of that future, very soon leaders of the process that will lead BiH to the European Union, to NATO, to membership in all major international associations and as a country that will be on the map of the region, on the map of Europe, on the world map. to be recognized as a country that is good for life and business. That is yours and that is our task and I hope that together we will step towards the bright future of Bosnia and Herzegovina;” said Dr. Zvizdić.

Prime Minister of Sarajevo Canton, Mr. Edin Forto, stated that we live in a society that for some reason lags behind in education compared to the region, and reminded that only about 10 percent of people in Bosnia and Herzegovina have a university degree. He told the graduates and masters that they are part of a very small club that should lead the country forward.one who should improve everything we fight for, for a better life, a better life, for a cleaner environment, everything that is propagated in various professions.

“I would invite you to travel. If some of you really think it is necessary, to go abroad and come back with knowledge, knowledge about everything that adorns better societies, more precisely more advanced societies than ours, and when you come back to see what is the difference between societies in which citizens go en masse to live ours as well. In my opinion it was never any vital national interest or ethnic interest, in my opinion it was always quality of life, absence of corruption, clean parks, clean streets, regular public transport, regular water supply, quality education, normal working conditions with normal vacations and normal wages with which one can live with dignity. We do not have many of these things, and your task is to fight for it together, “said Prime Minister Forto, and told graduates and masters that they are literally the best that this country has. “Graduates and masters who graduate from the University of Sarajevo are literally the best that Bosnia and Herzegovina has. That is why it is terribly important that you take on that responsibility and lead us all forward together” said Prime Minister Forto.

Addressing graduates and masters, the Minister of Science, Higher Education and Youth of the Sarajevo Canton, Prof. Dr. Aleksandra Nikolić stated that with this solemn act they are opening a new chapter in their lives, which will surely be filled with various challenges. “I sincerely believe that knowledge, positive creative energy, motivation and your diligence will be the basis for shaping effective and efficient solutions, which will contribute to shaping a better society, socio-political and economic community that will be inclusive, progressive and a comfortable place to live.” Minister Nikolić pointed out and added “My experience convinces me that today, as before, being a graduate and master of the University of Sarajevo, the oldest, largest and best university in Bosnia and Herzegovina, has a special responsibility that imposes an obligation to we will be better, that is, more excellent in professional and academic work and advancement.” She also told graduates that they can count on the support of the Government of Sarajevo Canton, the Ministry of Science, Higher Education and Youth, but certainly the home university, and a number of institutions that make up this sector, as well as the entire academic community. Minister Nikolić reminded of several steps that the Ministry managed to make, which are encouraging for the entire system of higher education in the Sarajevo Canton and Bosnia and Herzegovina. “The Ministry is determined to focus young people on each of the activities, and to support the excellence and diligence of each individual, team and institution. In that context, I emphasize the allocations for scientific research projects in the amount that is the highest in our recent history, although far from what is needed, with the promise that we will strive to increase in the years to come. There is also a program of co-financing the costs of studies in the third cycle for the best, for the holders of the Golden Badge award, Minister Nikolić emphasized.

Among the students of the second cycle of studies, 21 masters were awarded the Golden Badge, 44 the Silver Badge and 4 students received the Charter of the University of Sarajevo.

In the integrated study program of I and II cycles, 3 students were awarded the Gold Badge, 21 students the Silver Badge.

On behalf of the special awards recipients, Adna Škamo addressed the audience and stated that one phase of the life of every student at the University of Sarajevo has ended today. “However, life does not consist of one phase, but several of them. I believe that the entire study of each student was filled with ups and downs, and obstacles that we successfully overcame, as evidenced by this ceremony organized in these circumstances. I believe that each of us, during the studies, in addition to the acquired knowledge, gained experience, lessons, and learned from our mistakes, but made numerous and sincere friendships” said Adna Škamo. She also referred to the current economic and political situation in the country, and stated that she is aware that it is not easy for employers today, but that this country has a lot of potential in young and educated people that must be recognized and used. “The easiest step, and the biggest defeat for us and our professors, is to go to another country.” Then, we give all the knowledge that has been invested in us and all the effort that we have invested to another state that is not responsible for the acquired knowledge. Honestly, I am afraid to think about the final outcome of such decisions of young people in our country. Therefore, I believe and I am sure that all of us, together, can change this situation,” said Adna Škamo.

The ceremonial promotion of graduates and masters of the University of Sarajevo was organized with the support of media sponsors: Television Sarajevo, RSG, Antena Sarajevo, “Dnevni Avaz” and “Oslobođenje” newspapers. We express our gratitude to the media sponsors!

The photo gallery is available at the University of Sarajevo Facebook page: https://www.facebook.com/univerzitet.unsa 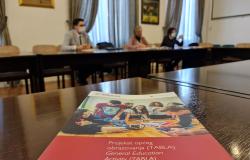 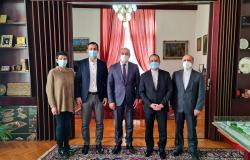 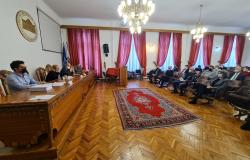 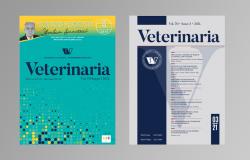 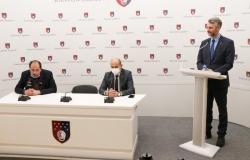