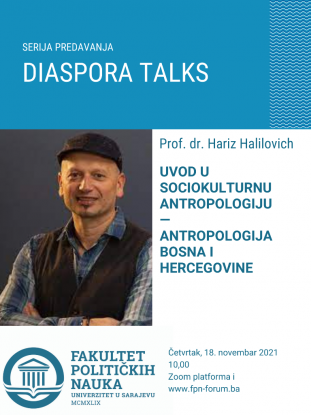 The International Cooperation Office from the Faculty of Political Sciences, University of Sarajevo is launching a series of online lectures Diaspora Talks, in which we want to present to our academic community respectable and established scientists of Bosnian origin in the world, with the aim of opening space for networking and cooperation.

The first lecture within this series will be given by Prof. Dr. Hariz Halilović, full professor of social anthropology and global studies at the Center for Social and Global Studies, at RMIT University, Melbourne, Australia.

Research topics that Professor Halilović deals with include politically motivated violence, social memory, trans local identities, cultural practices and forced migration. For many years, he has been intensively researching local communities and local identities in Bosnia and Herzegovina as well as in Bosnia and Herzegovina. diaspora. An additional field of his research interest also includes local, tribal, and religious communities on the island of Tana (a state of Vanuatu) in the Pacific, and he has also studied the peoples of South Sudan and Ethiopia.

He has published three books and about a hundred papers on these topics in scientific journals as well as in numerous anthologies. His book Places of Pain - published in two editions, in 2013 and 2015, by Berghahn Books: Oxford - New York - won second place in the prestigious The Prose Awards (archeology and anthropology) competition. a book on anthropology published in the United States in 2013. The same book was included by the publishing house Berghahn Books as the "book of the decade", i.e. among his best books published in 2010-2020.

In Australia, Professor Halilović is considered one of the leading anthropologists of his generation, and he is the winner of the most prestigious research awards, recognitions and grants from the Australian Research Council (Australian Ministry of Science and Innovation) and other Australian and international institutions. Through his research projects, he has so far secured four scholarships for doctoral students from Bosnia and Herzegovina, who have worked or are still doing their doctorates under his mentorship in Australia. In addition to scientific papers, Professor Halilović has published a number of engaged journalistic texts in Bosnian, English and German. 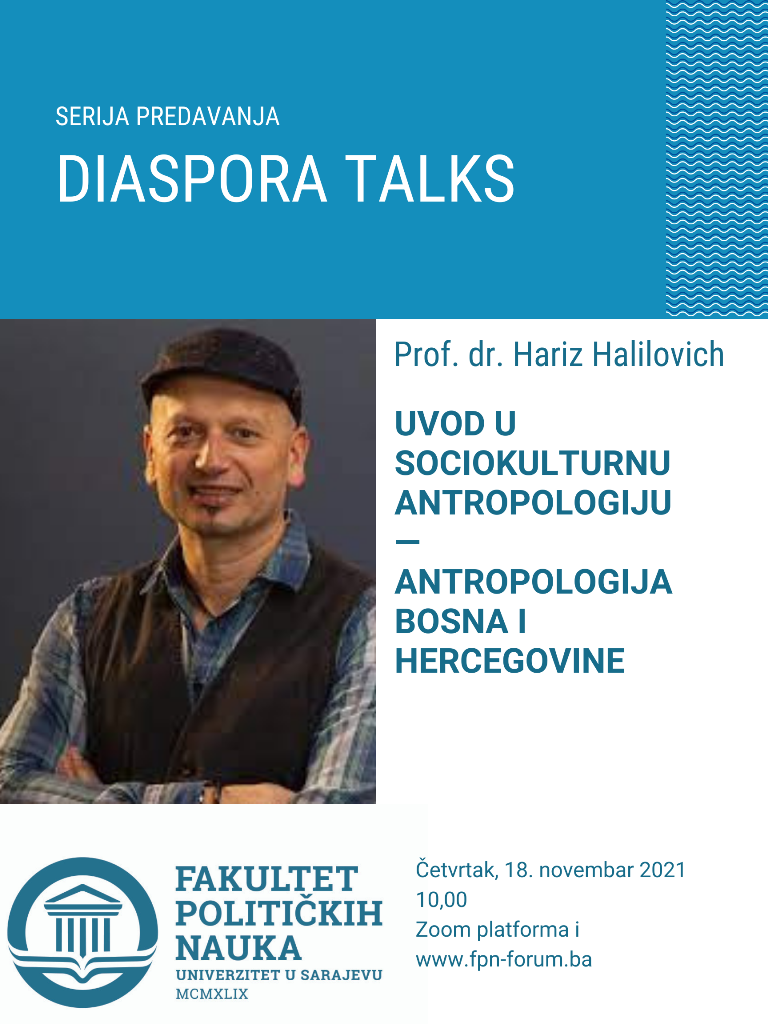