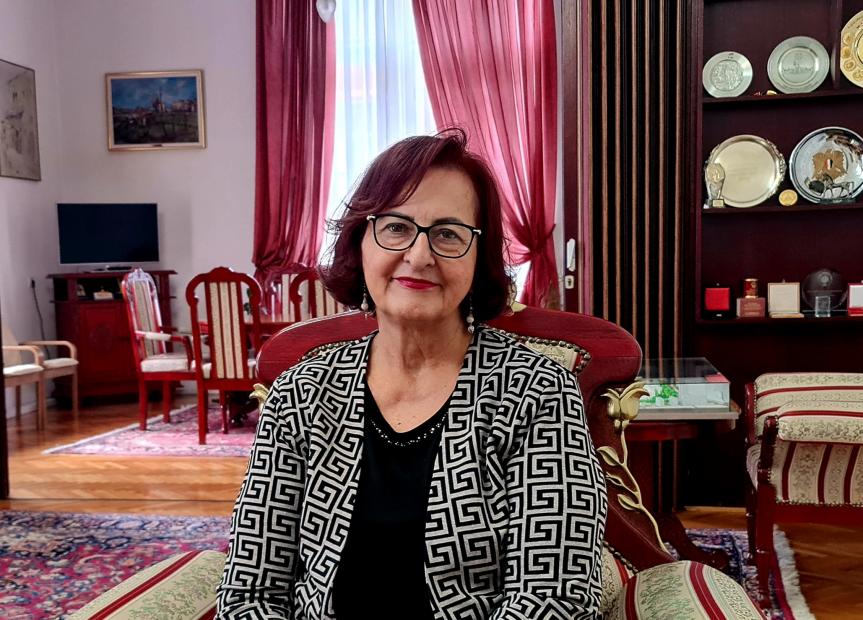 Professor Resić completed entire education in Belgrade, including primary school, Third Grammar School in Belgrade, and Faculty of Medicine of the University of Belgrade. In 1984, she completed the specialty certificate examination in internal medicine, and obtained a Master’s Degree in 1987. As a specialist of nephrology, she was engaged at the Marmara University in Istanbul, and with the support by the Ministry of Healthcare of City of Munich, she participated in projects for refugees in Munich. She was also engaged as a medical doctor in the Healthcare Counselling Centre for Foreigners, at the Ministry of Healthcare of the City of Munich (“Donna Mobile”). Her clinical engagement in Sarajevo begins in 1996, when she started working at the Institute of Nephrology of the University of Sarajevo Clinical Centre, as the specialist in internal medicine - nephrologist. Prof. Resić holds a doctorate in medical sciences obtained from the Faculty of Medicine of the University of Tuzla in 2001 in correlation between histomorphological findings and clinical features in the primary nephrotic syndrome. Since 2004, she was the head of then Centre for Haemodialysis of the University of Sarajevo Clinical Centre. 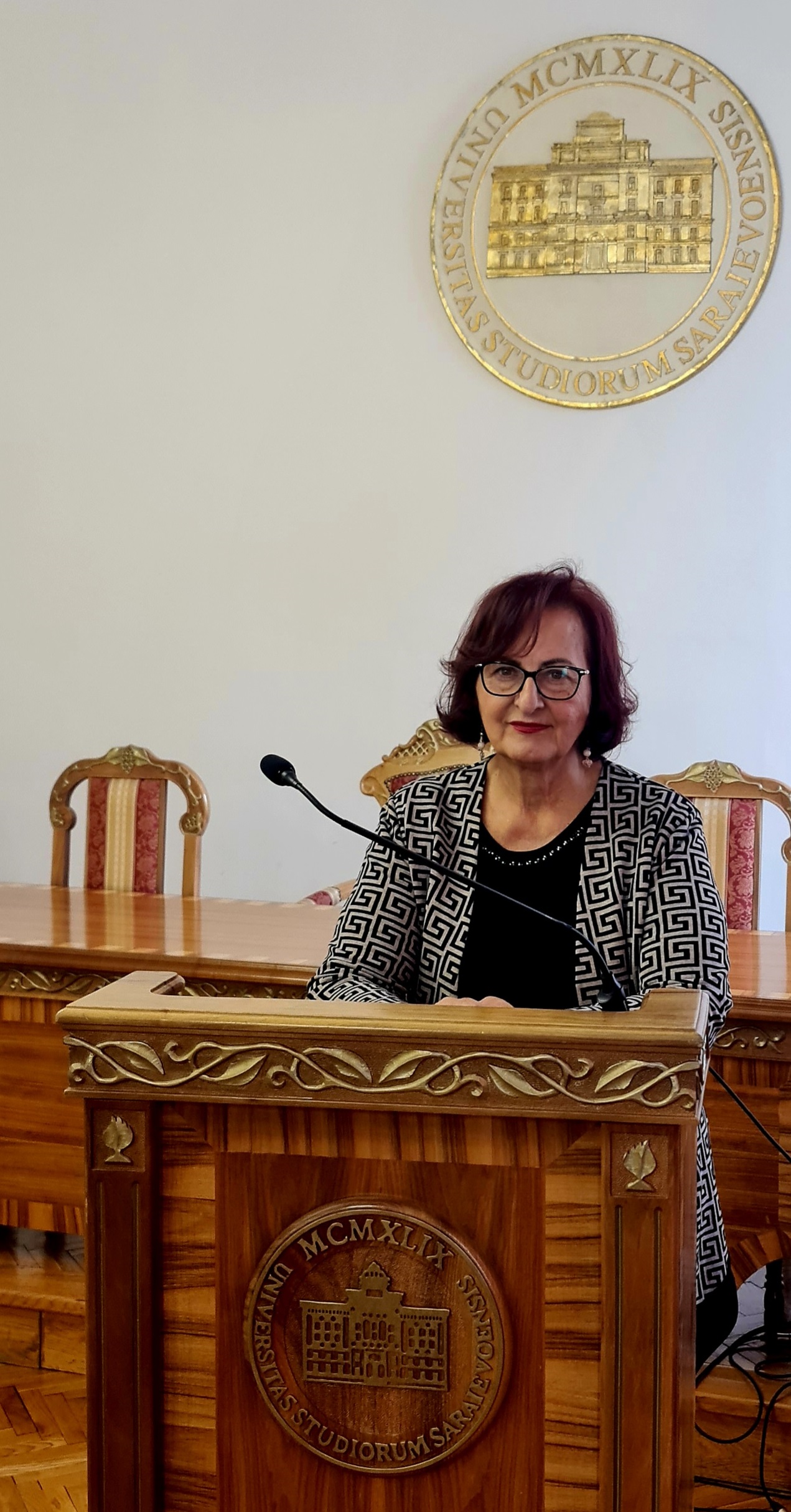 Through her academic career, prof. Resić was elected in all academic titles at the Faculty of Medicine of the University of Sarajevo: assistant professor in 2003, associate professor in 2006, and full professor in 2013, and successfully mentored ten candidates of Master’s degree and two doctoral candidates in medical sciences.

“I have dedicated myself to support development of young colleagues and have succeeded in my intention to create a dynamic team of highly educated doctors. All of them have been trained to lead different dialytic methods of dialysis catheters placement, application of the lung ultrasound methods which at that time were performed for the first time in Bosnia and Herzegovina thanks to education and trainings in Italy, United Kingdom, and other countries. The most of them have acquired the title of subspecialists and master’s degree in nephrology” explains professor Resić.

She emphasizes the importance of teachers, of those transferring the knowledge and helping one to establish the foundation for development. “I was very lucky to get to learn from exceptional professors and excellent teaching assistants who transferred knowledge which is priceless. When I started working, I was the youngest specialist in the Clinical Centre. I completed the internship at the age of 29, but I think that I have learned the most when I was a student. During my work at the University of Sarajevo, first as teaching assistant, and later through academic advancement, I was always striving to transfer the knowledge to students eager to receive it.”

During her career, Prof. Resić has written 180 scientific and professional papers published in both national and foreign journals, actively participated in numerous European and local congresses and symposia, presenting BiH nephrology through her papers and presentations. She was a member of the editorial board of the “Bantao Journal” – published by Balkans Nephrologists Associations. She has been cited by numerous papers in the field of nephrology. She published 12 books and monographs. She is active reviewer in numerous respectable local and international journals.

Professor Resić was awarded with the title of Emeritus Professor of the University of Sarajevo in 2020.

“When considering academic advancement and academic titles, being awarded with honorary title of emeritus is certainly a crown to every academic career. This is an acknowledgment of our work, devotion, and excellence, as well as of our contribution in academic, scientific, and pedagogical fields. I was exceptionally honoured and proud to become emeritus professor of the University of Sarajevo. I am also very happy to be able to present this, during the years that followed, at different international scientific conferences and thus promote the University of Sarajevo and Bosnia and Herzegovina.

Prof. Resić has been a member of the EAPE Managing Board (EAPE – European Associations of Professors 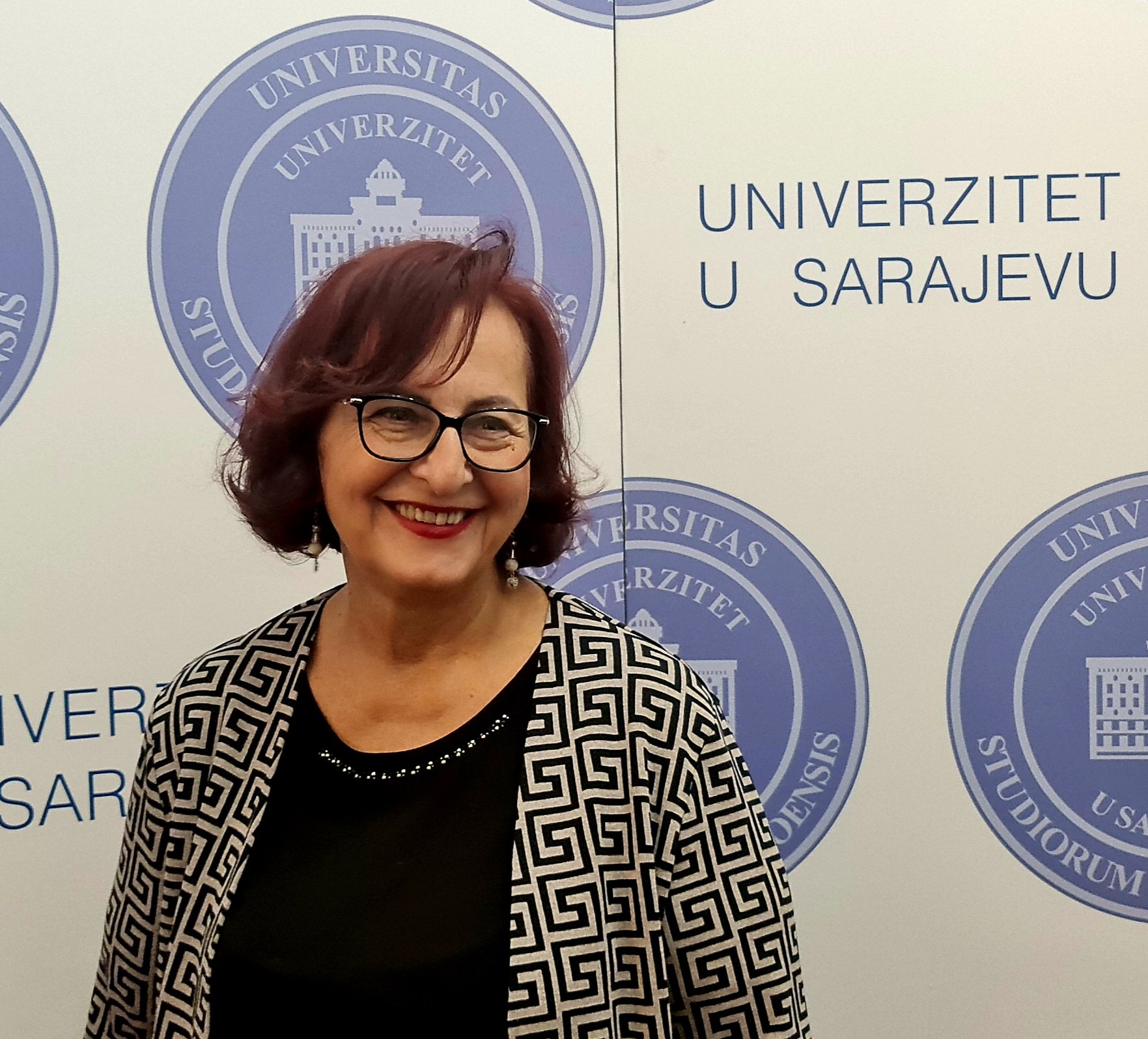 Emeriti), an association established in 2017, and gathering professors emeriti with the goal of creating and preserving relations among professors emeriti throughout Europe through, among other activities, cooperation in implementation of research projects, writing and publishing scientific papers, exchange of knowledge and ideas within different scientific fields, as well as arts.

“After retirement, the most important mission I have is to present and promote the University of Sarajevo and Bosnia and Herzegovina, our knowledge and scientific achievements. I am indeed very proud to be the only EAPE member from Bosnia and Herzegovina, but I hope that in the time to come I will be able to include other colleagues – emeritus professors of the University of Sarajevo in the European Association of Professors Emeriti” says professor Resić,  and explains that membership of this Association also includes Nobel Prize laureates, that it has so far organised two congresses, publishes a journal, as well as a newsletter.  “When you take into account that the membership of this Association is a generation of 65+ and when you see the amount of enthusiasm and passion they invest in creation and transfer of knowledge, the membership in it can only provide strong motivation for further progress. I have just completed a paper, soon to be published, on trend of renal function replacing in the period of last ten years in Bosnia and Herzegovina.”

“When talking about climate changes, the issue of Green Nephrology/Green Dialysis is a novelty. Discussion on the topic started in the United Kingdom ten years ago, and only this year in other European countries. While preparing the lecture on this topic, I was learning myself,” points out professor Resić adding that, regardless on the challenge, the essence is in the transferring knowledge and educating people.

Prof. Resić is the president of the Renal Registry Committee in Bosnia and Herzegovina, which is a member of the European Renal Registry, the President of BiH Donnor Network, and she was also a member of the Council of Europe Transplantation Committee. During ten years, she chaired the Associations of Nephrology, Dialysis, and Kidney Transplantation Doctors of Bosnia and Herzegovina.

Professor Resić has been a member of the Continuous Medical Education Committee and a board member of the Sister Renal Centre, elected by the International Society of Nephrology (ISN). This is the first such achievement for someone from this region, and at the same time a great success in the field of nephrology in Bosnia and Herzegovina. The Committee membership is acquired for years of advocating for development and promotion of nephrology in a country or a region, and professor Resić was awarded with the membership after years of work in the field. Her work has been recognized and supported throughout the world. In 2017, she was elected president of the Balkans Associations of Nephrologists (BANTAO) which gathers 11 countries, and in 2018, she became a president of the Mediterranean Kidney Society.

Professor Resić is also a vice president of the International Academy of Sciences and Arts in Bosnia and Herzegovina.

In addition to her academic engagement, professor Resić is very active in raising awareness of the need and the possibilities of organ donation, about the importance of cadaveric organ transplantation, as well as the promotion of health, as evidenced by numerous documented appearances in BiH public space.

"In BiH, awareness about significance of organ donation following brain death has not yet been developed, and the Donor Network has been investing great efforts in motivating citizens to sign donor cards. Each donor card signed, saves one or more lives,” she points out, and adds that “organ donations is indeed something noble and humane.” 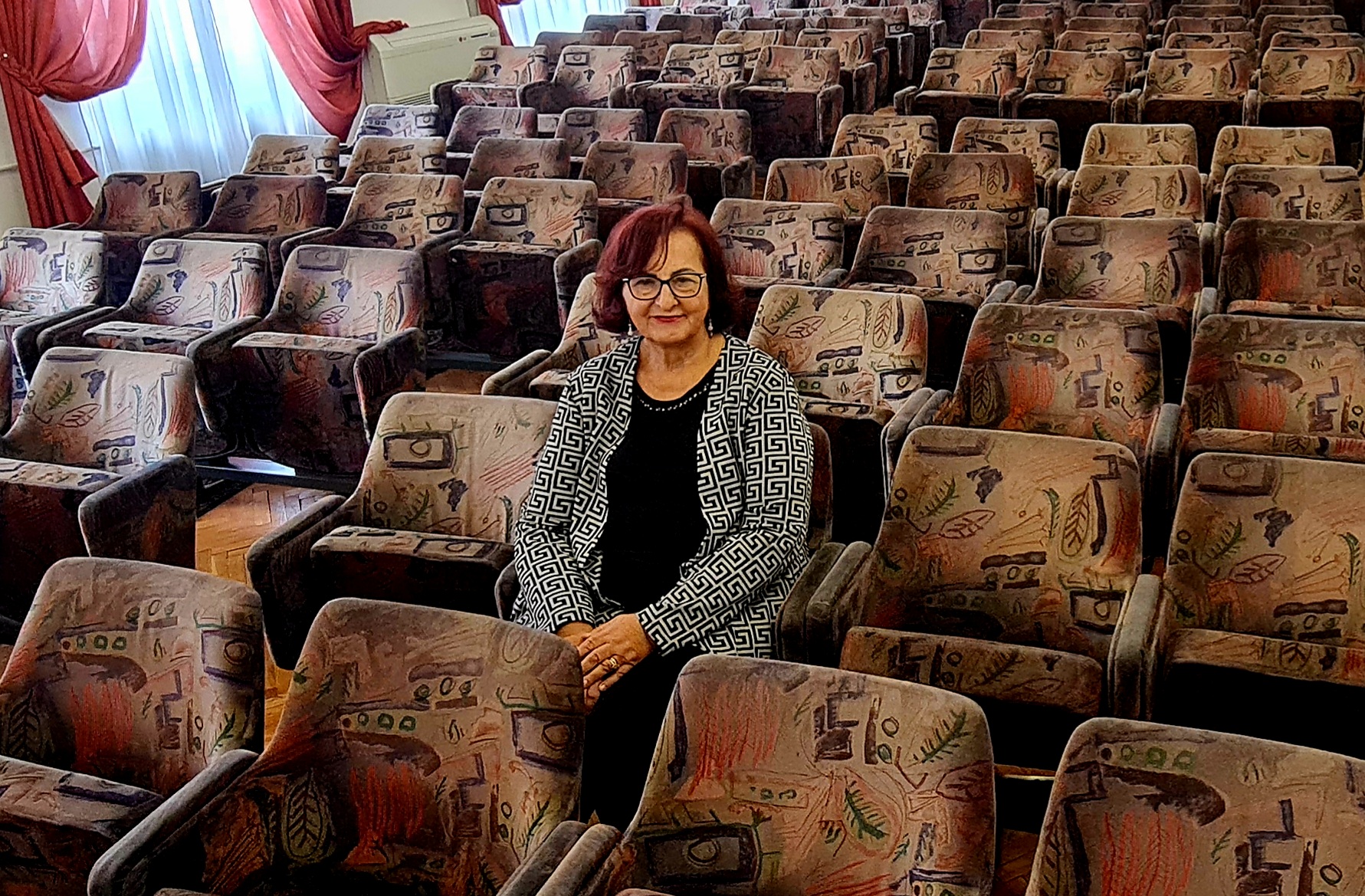 Her scientific and professional activities have been rewarded multiple times, and some of the awards are ERA-EDTA (European Nephrologists Association) for development of nephrology in the region; in 2016, she was elected nephrology ambassador by the GKA (Global Kidney Academy); she is the recipient of the Pioneer Award by the World Nephrologists Association, and many others.

“The most important awards are those awarded by the profession, by the colleagues in Bosnia and Herzegovina, as well as by the foreign experts who recognize your work. It is of great significance when one’s work is recognised and awarded by the European Association of Nephrologists and the World Association of Nephrologists,” says professor Resić.

She also says that the retirement is not the end of active work. “One still discovers own capacities and possibilities. I sometimes feel that I have been working more since the retirement, especially in terms of profession and science. I am very proud of being emeritus professor of the University of Sarajevo, and for still being able to contribute to science” professor Resić points out.

“The Science must be a part of you. Every day, you have to learn something new, discover something new in order to be able to transfer this knowledge. Science should not be a burden, it should be a driving force, always bring new challenges and be a part of you” stated professor Resić as a message to new generations, and concluded: “the knowledge is an asset no one can take away from you. To invest in knowledge and science is the most valuable asset there is.” 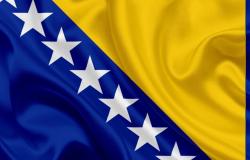 National Day of Bosnia and Herzegovina 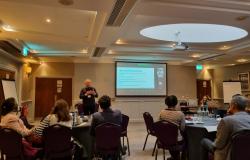 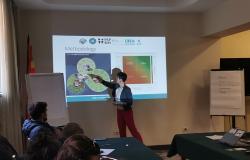 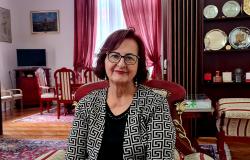 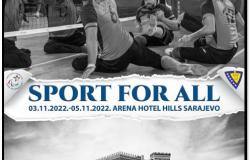